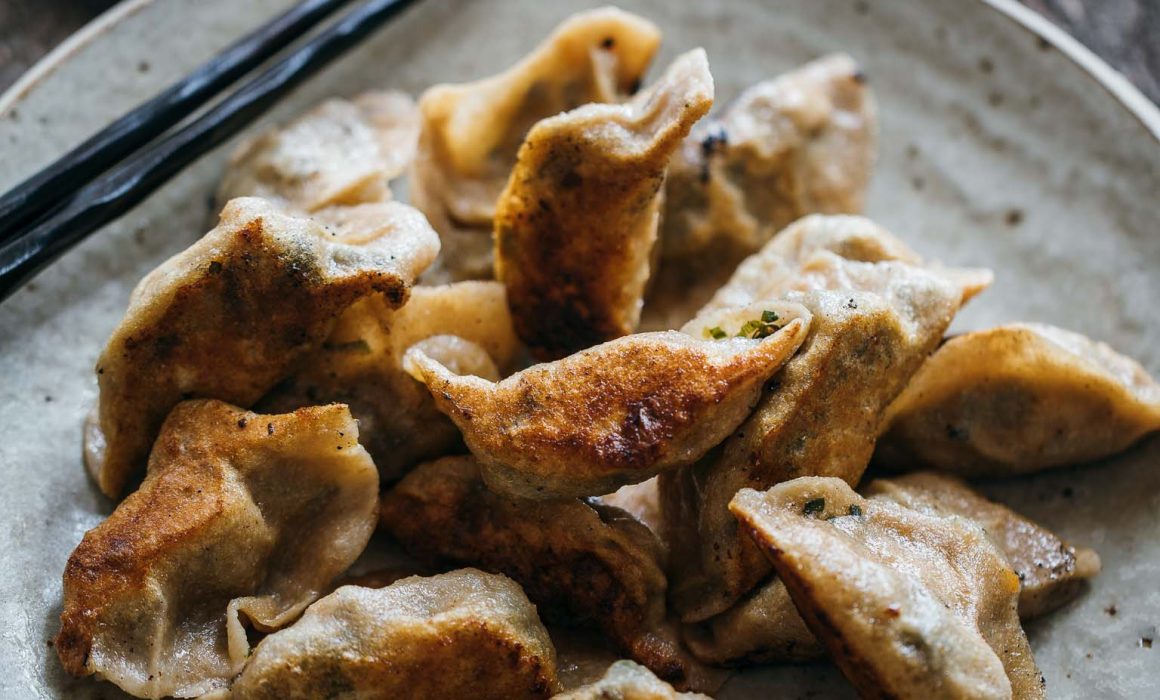 These vegetarian (actually vegan) dumplings use the shiitake steeping liquid and wholemeal flour to make the skins. For the filling, use flavourful and textural vegetables rather than “fillers” like tofu or cabbage.