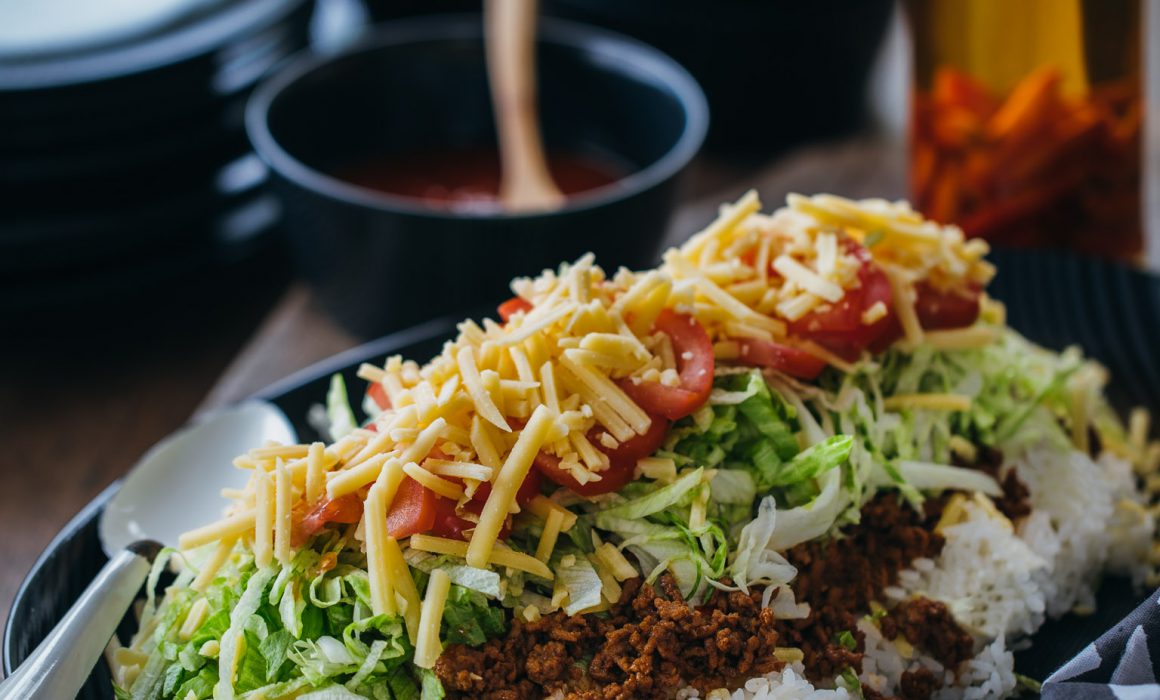 The history of taco rice is one of practical simplicity. After the Second World War, the islands of Okinawa became host to a number of US military bases, many of which remain today. Taco rice dates just to 1984, from a eatery called Parlor Senri in Kin Town, just outside the Camp Hansen military base.

Surplus rations of taco seasoning were sold into the communities surrounding the base and, as the shells and tortillas American-style tacos, Gibo used rice instead and taco rice was born. The dish soon became a huge hit with both locals and US service personnel alike.

This is the most authentic and simple version of this dish – made with packet taco seasoning and jarred salsa, just like it’s made in Okinawa. This version is as close as it comes to a piece of history, and is still what’s served at my favourite taco rice place, King Tacos, which Gibo opened as a permanent home for his now-iconic dish. 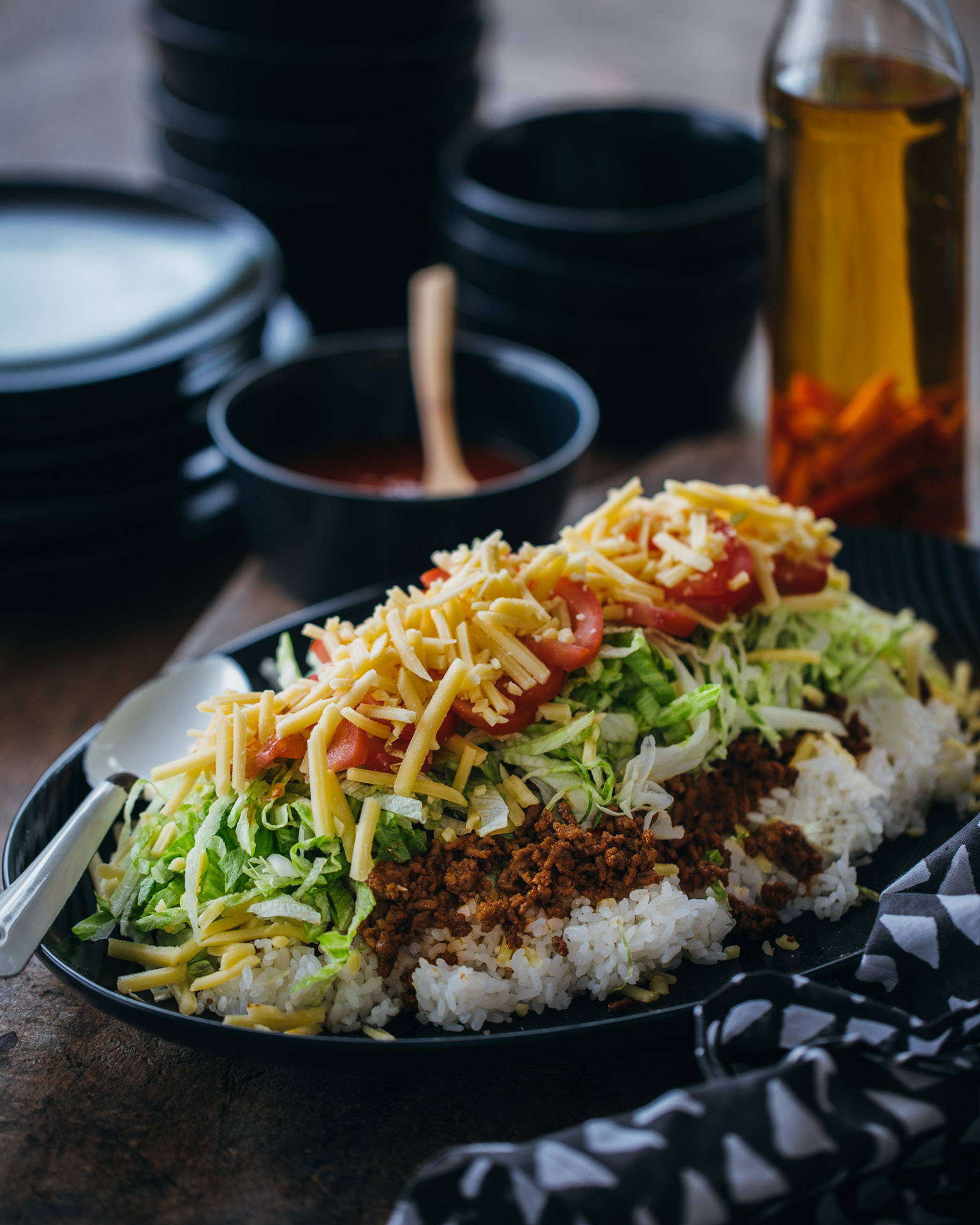 * (If you don’t want to use packet taco seasoning, you can use this recipe instead: 1 tsp onion powder, 1 tsp garlic powder, 1 tsp salt, 1 tbsp ground cumin, 1 tbsp smoked paprika, and 2 tsp dried oregano)

Heat a frying pan over medium heat and add the beef mince. Fry for a few minutes until well browned, then add the taco seasoning, soy sauce and bonito stock. Bring to a simmer and simmer, stirring occasionally until the stock is evaporated and the meat flavourful.

Place a mound of rice on a large oval plate and top with a quarter of the mince. Scatter with cheese, and then with lettuce. Lay a few slices of tomato on top and serve with the salsa.