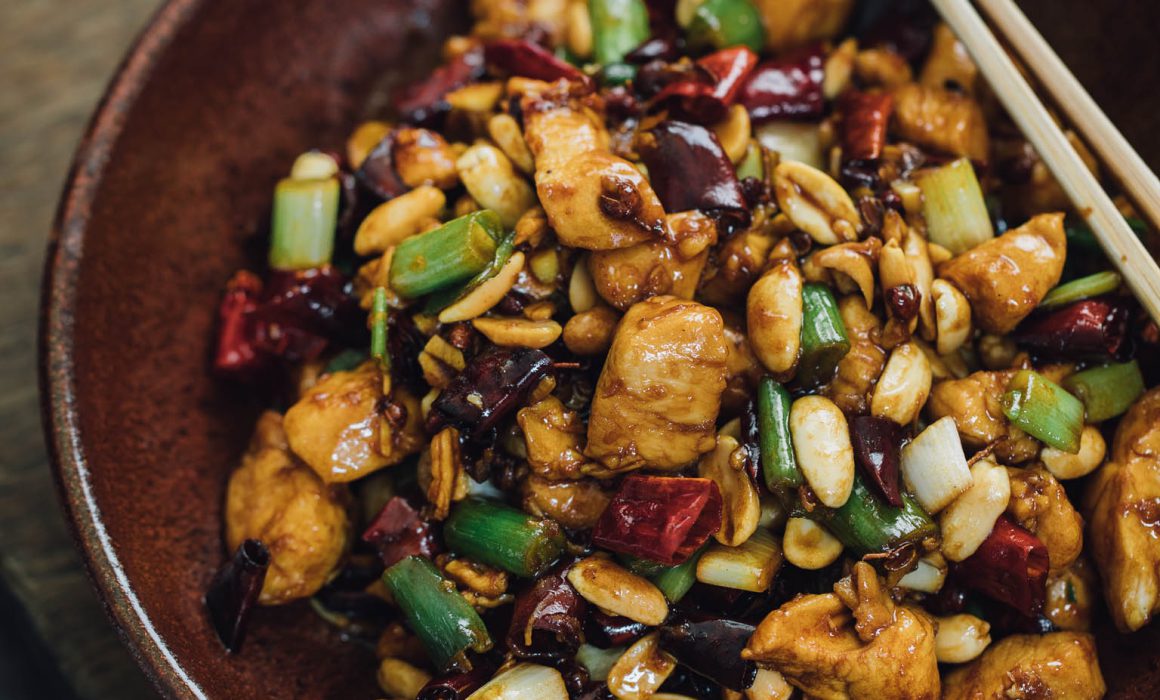 Gong bao ji ding (宫保鸡丁 – literally ‘The Palace Guardian’s Diced Chicken’) is a Sichuan dish hugely popular around China, but most well known outside China as the origins of the Westernised classics kungpao chicken and chicken with cashew nuts.

Westernised versions – commonly using the old Wade-Giles romanisation of ‘kung pao’ instead of the pinyin ‘gong bao’ – often use capsicum/peppers instead of dried chillies, leave out Sichuan peppercorns (Sichuan peppercorn imports were banned in the US for a period) and incorporate more Cantonese ingredients and techniques (as the majority of Chinese chefs in the US and Australia are of Cantonese origin rather than Sichuanese) such as hoisin sauce.

This is an authentic Sichuanese version of the dish. 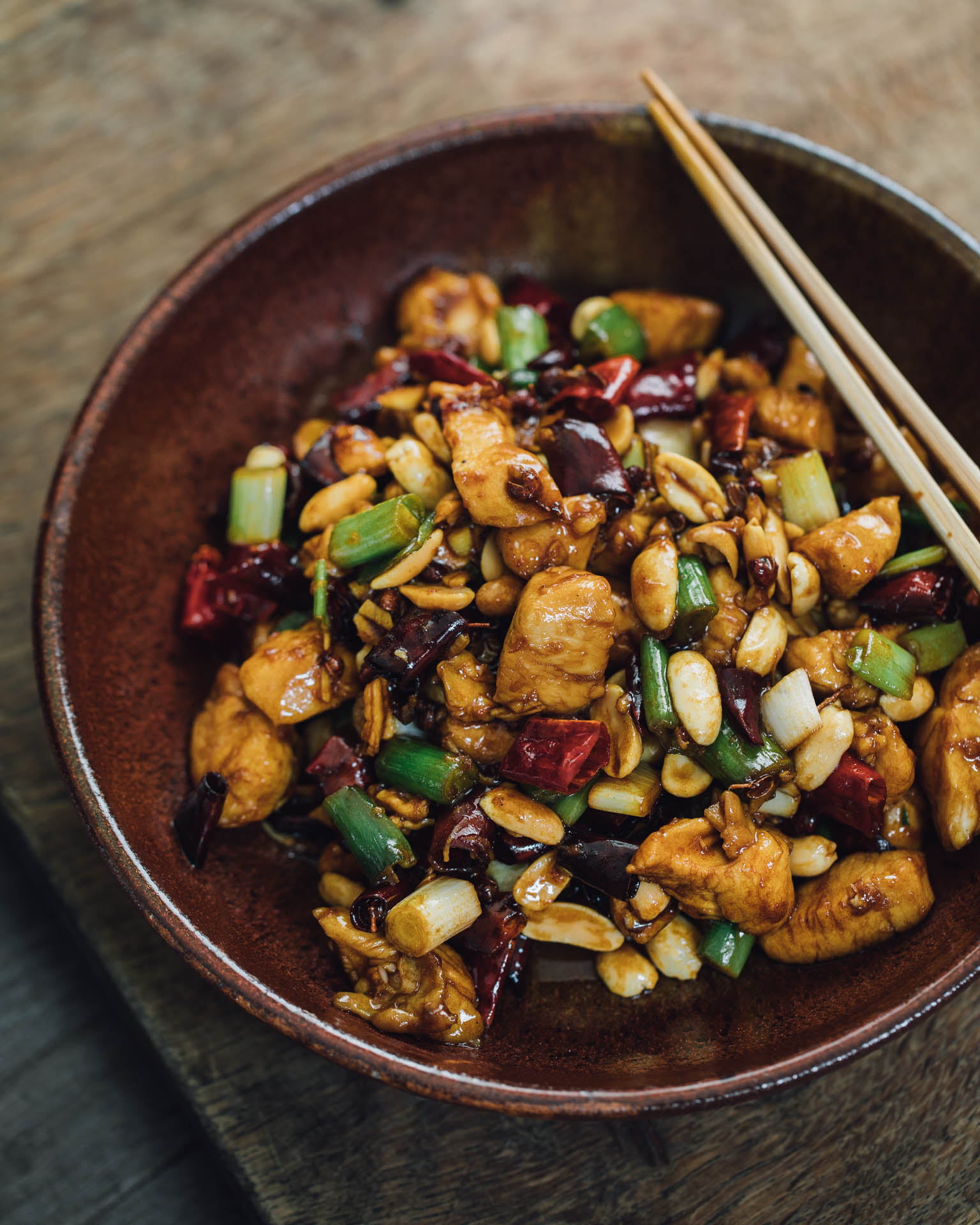 a little cornflour mixed with cold water, to thicken

Combine the chicken with the chicken marinade and set aside. Heat a wok over high heat until very hot, add the oil and then add the dried chillies and Sichuan peppercorns. When fragrant (this will just take a few seconds), add the chicken and toss well for a minute or two until the chicken is separated and browned. Add the garlic, ginger and spring onions and continue to toss over heat until the chicken is nearly cooked through. Add the sauce and toss to coat, adding a little cornflour mixed with water if needed to thicken the mixture so that it coats the chicken well. Stir through the peanuts and serve immediately.