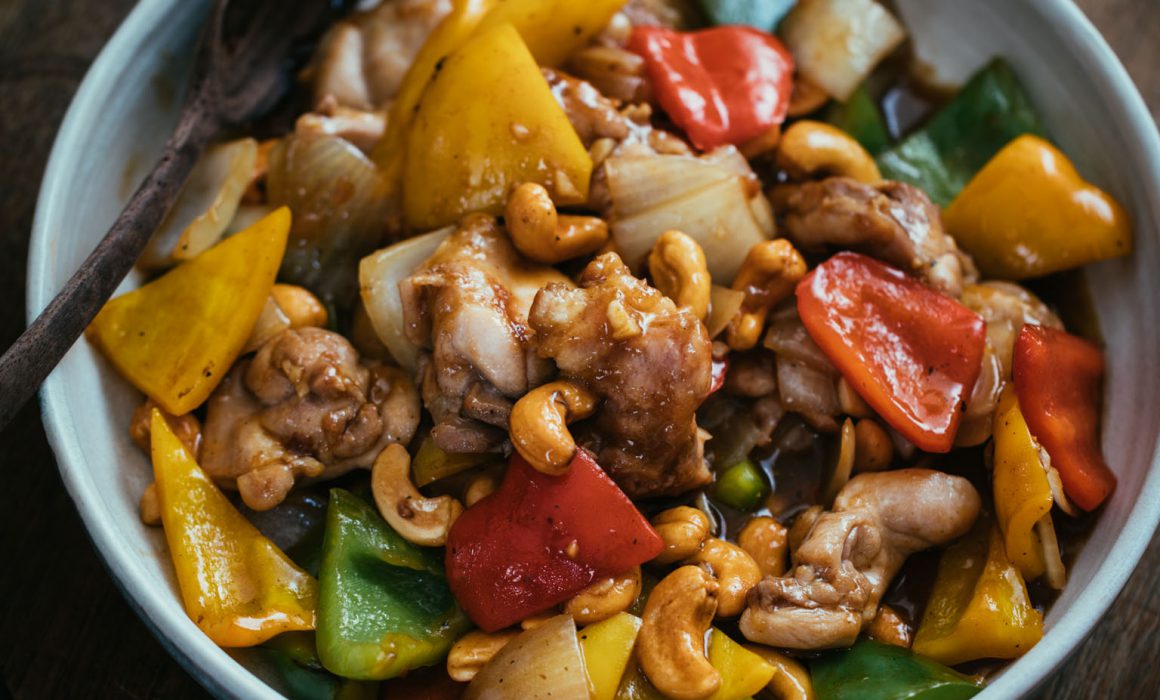 Chicken with Cashew Nuts and Kungpao Chicken are two of the most popular Westernised Chinese dishes, and it may surprise you to find that they are both based on the same Sichuan dish – a phenomenally popular dish known around China as Gong bao ji ding (宫保鸡丁), which literally means “The Palace Guardian’s Diced Chicken”.

Quite different to a true Gong bao ji ding, Chicken with Cashew Nuts is nevertheless a great family dish. It came about as a result of ingredients being substituted to a traditional gong bao ji ding to create a dish that used ingredients commonly found in the West, and which also suited the Western palate. Basically a dish of chicken, capsicum/peppers and nuts in a brown sauce, the capsicum/peppers replaces gong bao ji ding’s abundance of dried chilli and this dish uses chicken thigh instead of chicken breast. Of course, there is no Sichuan pepper to be found. My kids love it. 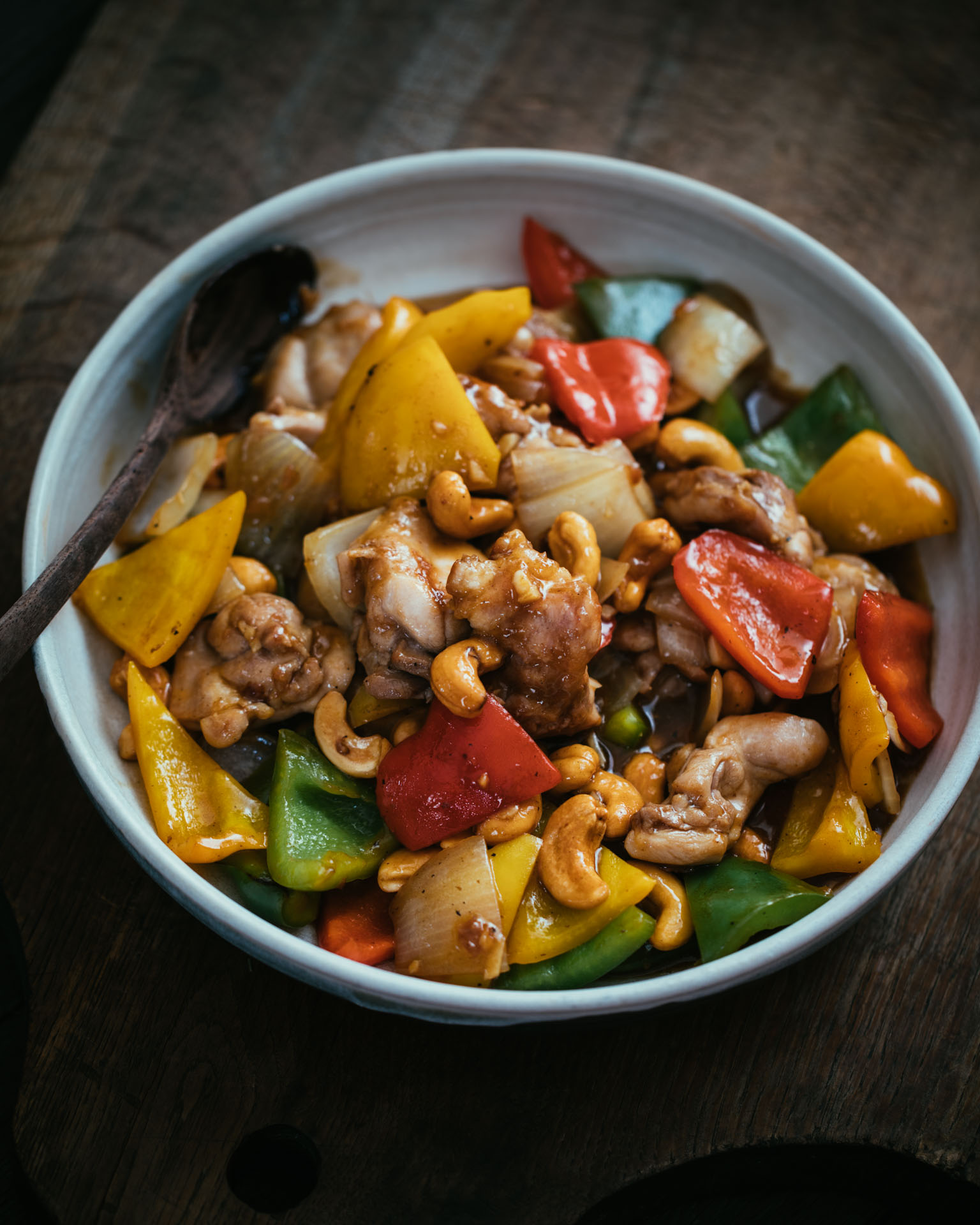 Combine the sauce ingredients and set aside. Combine the chicken with the remaining 1 tbsp soy sauce and 1 tbsp Shaoxing wine and 1 tsp of the cornflour and mix well to coat the chicken.

Heat the wok over high heat until very hot and add 2 tbsp of oil around its edge, letting it run down into the centre of the wok. Add the ginger and then the garlic and toss for about 30 seconds until the garlic is browned, add the chicken and fry, tossing the wok occasionally until the chicken is browned and barely cooked through. Remove the chicken from the wok and set aside.

Return the wok to the heat and add the additional 1 tbsp of oil. Add the onion and capsicum and toss the wok until the capsicum begins to soften. Add the sauce ingredients and bring the sauce to a simmer. Return the chicken to the wok, add the sauce, stir and bring to a simmer. Combine the remaining cornflour with 2 tbsp of cold water. Drizzle in the cornflour mixture until the contents of the wok are thickened to a silky consistency. Toss through the cashews and serve.