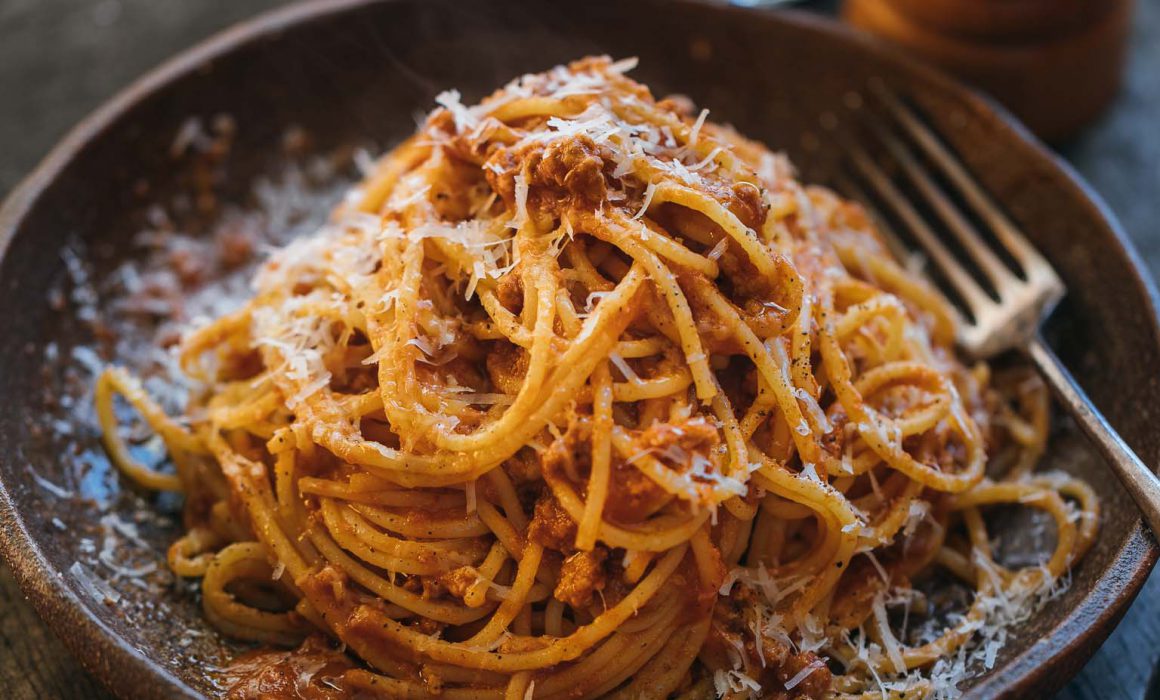 Spaghetti bolognese is the one dish that no Australian needs to be told how to make. Every family and every person has their own way of doing it. And often more than one.

An Australian spaghetti bolognese is nothing like the Italian dish(es) that inspired it more than half a century ago. Often made with beef, it’s thick and meaty and often more about the meat than any tomatoes.

But rather than just making it the same way you always have done, what if you could take a dish you know inside out and change it to suit your changing tastes?

For this bolognese recipe I really wanted to focus on the tomato sauce. I love a meaty bolognese, but when you want something a little lighter a simple tomato based pasta, lightly accented with meat, is a great option. I also wanted a smoother texture, rather than having chunks of celery through the bolognese.

I settled on making two main changes to how I would usually make bolognese. Firstly, pureeing the battuto ingredients rather than roughly chopping them gives an effect similar to a rempah in Malaysian cuisine, adding richness to the sauce. And secondly, stirring through a puree of raw cherry tomatoes at the end adds freshness to the rich ragu. 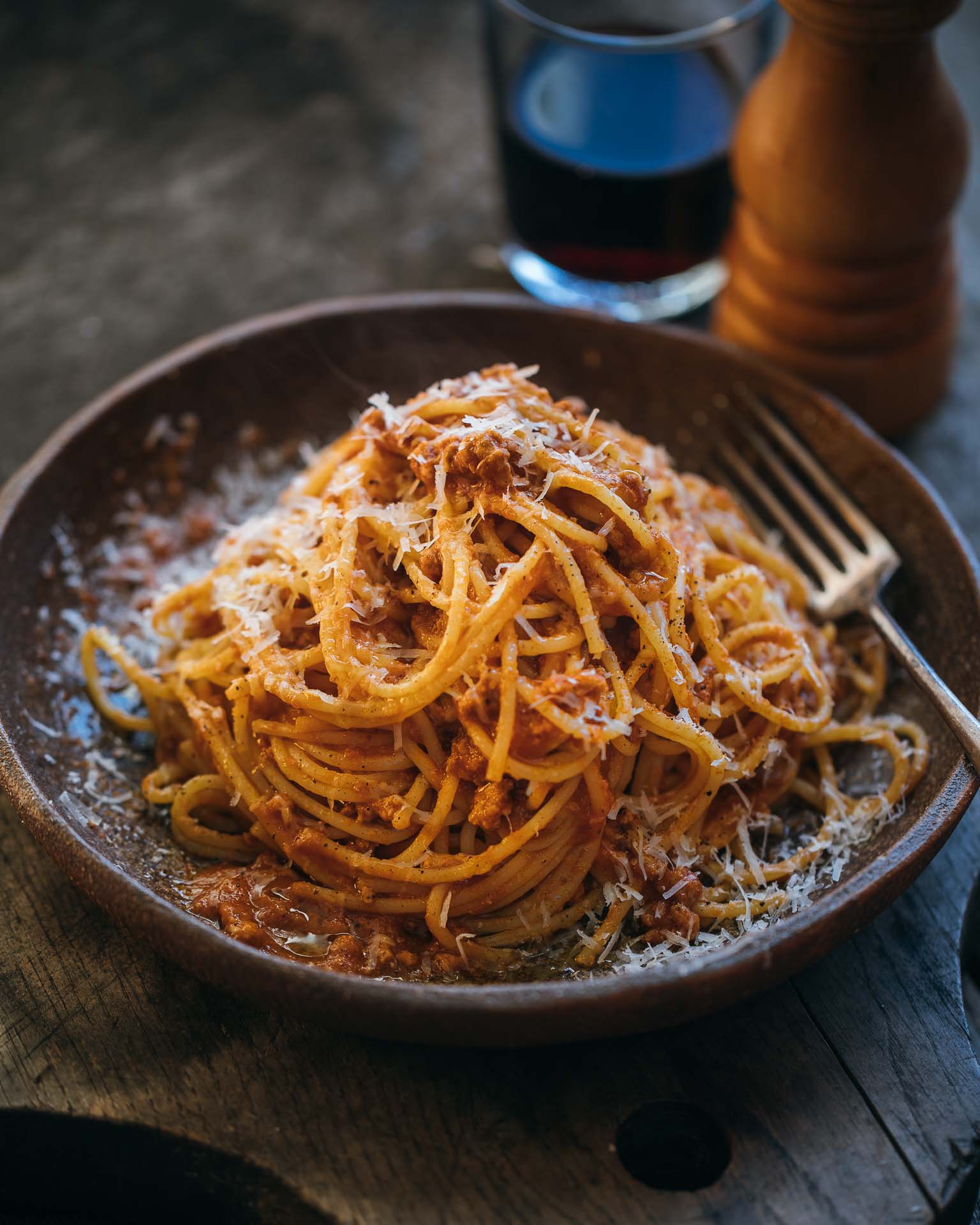 Makes about 1L of sauce (enough for 6-8 people)

a handful of parsley (optional)

pasta of your choosing

Combine the onion, celery, carrot, garlic and parsley (if using) in a Vitamix high-performance blender and blend to a smooth puree.

Heat a heavy saucepan over medium heat and add the oil. Fry the puree (called a battuto or soffritto) for about 15 minutes, stirring regularly so that it doesn’t burn. Add the mince and cook for a further 5 minutes until browned. Add the passata, salt and 300ml of water. Cover and simmer for 1.5-2 hours, stirring occasionally.

To finish the sauce, puree the cherry tomatoes and stir the puree through the warm sauce just before serving.

To prepare the pasta, cook about 100g of dried pasta per person in plenty of salted water until al dente (around 1 minute less than the packet directions). Heat a large frying pan over medium heat and add about 1-2 tbsp of olive oil or butter per person (or a combination of the two). Add the cooked pasta and ladle over the sauce, stir to mix well then transfer to serving plates and top with freshly grated parmesan cheese and freshly ground black pepper. 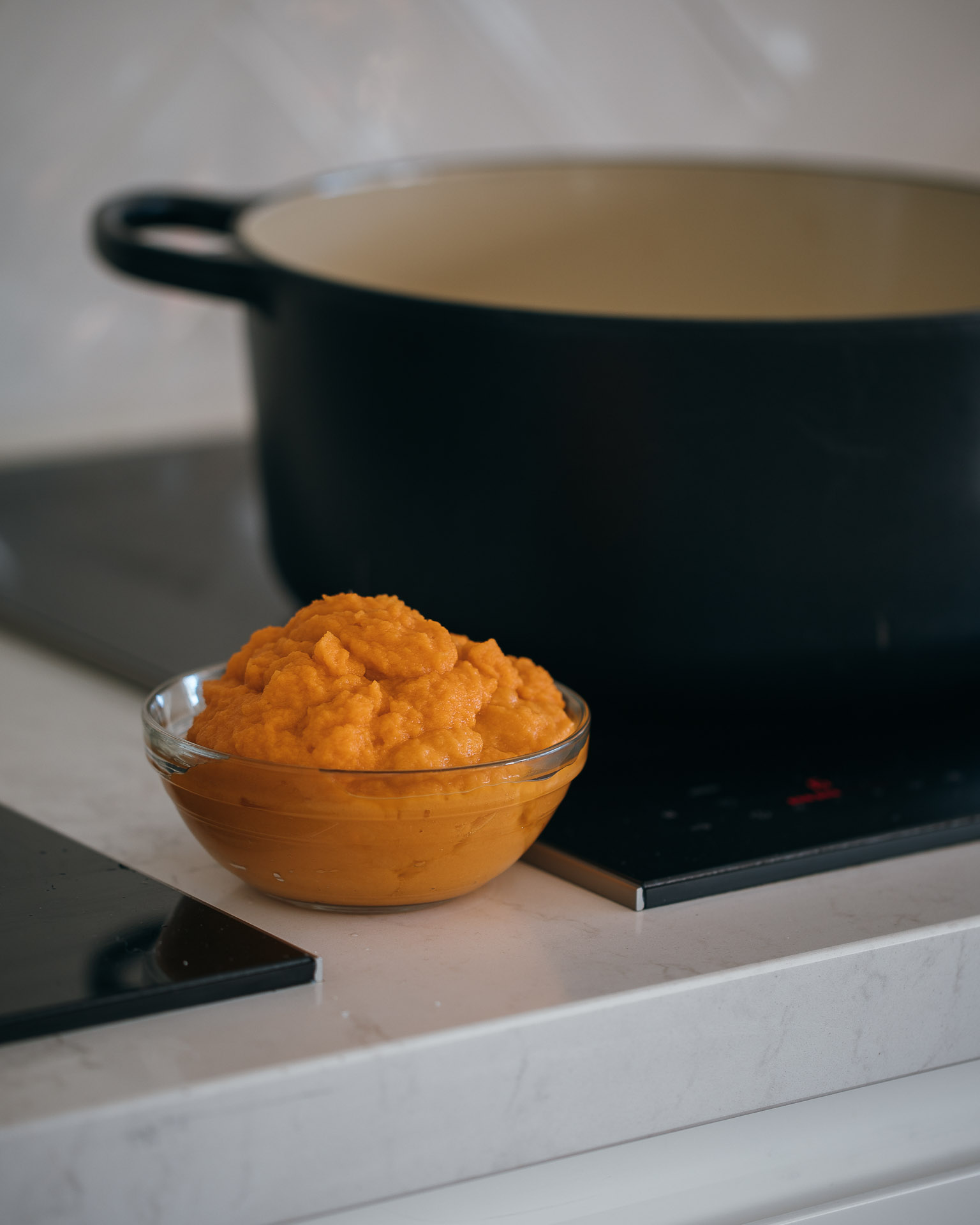 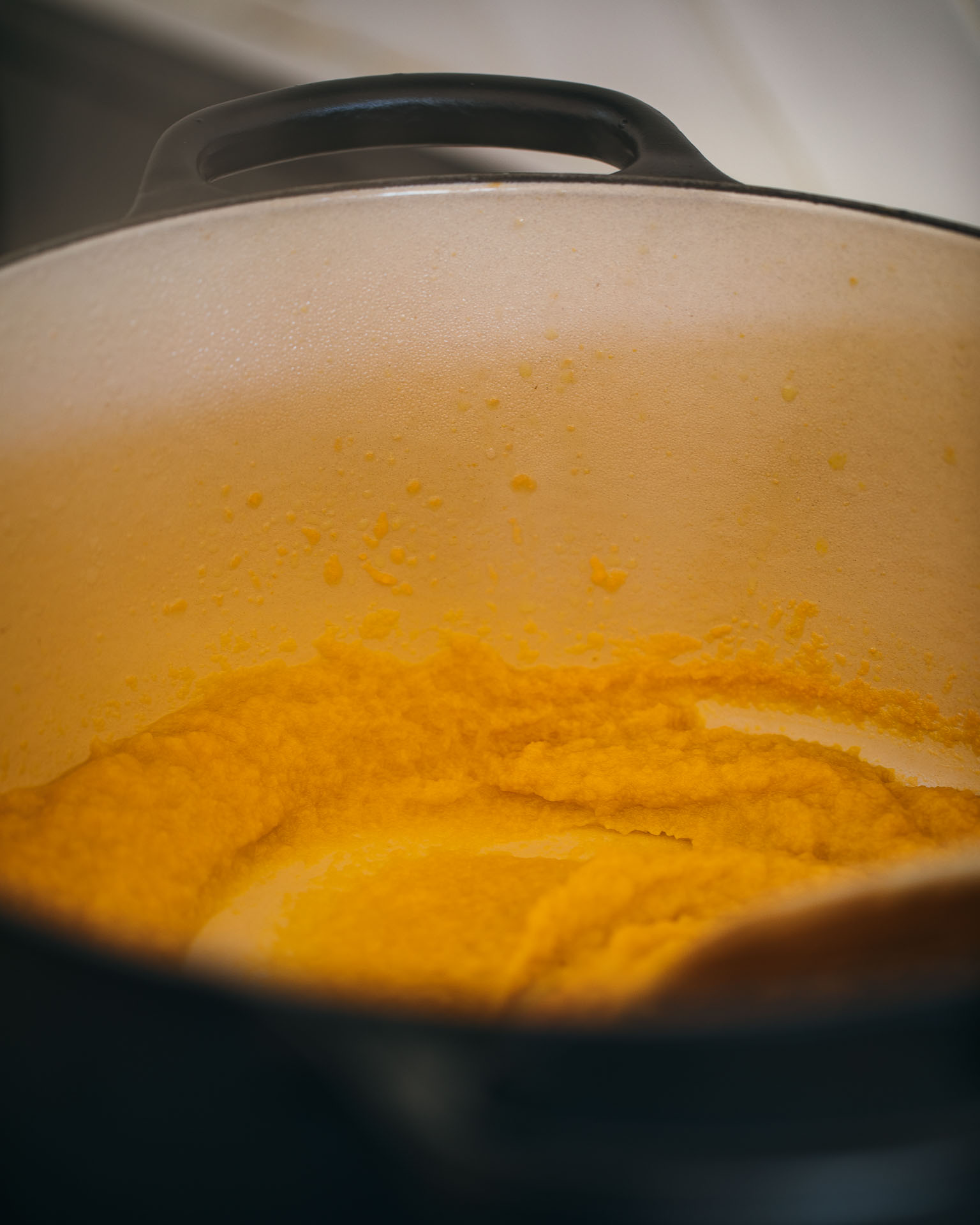 Cook the battuto for at least 10 minutes, stirring frequently to develop the aromatics. 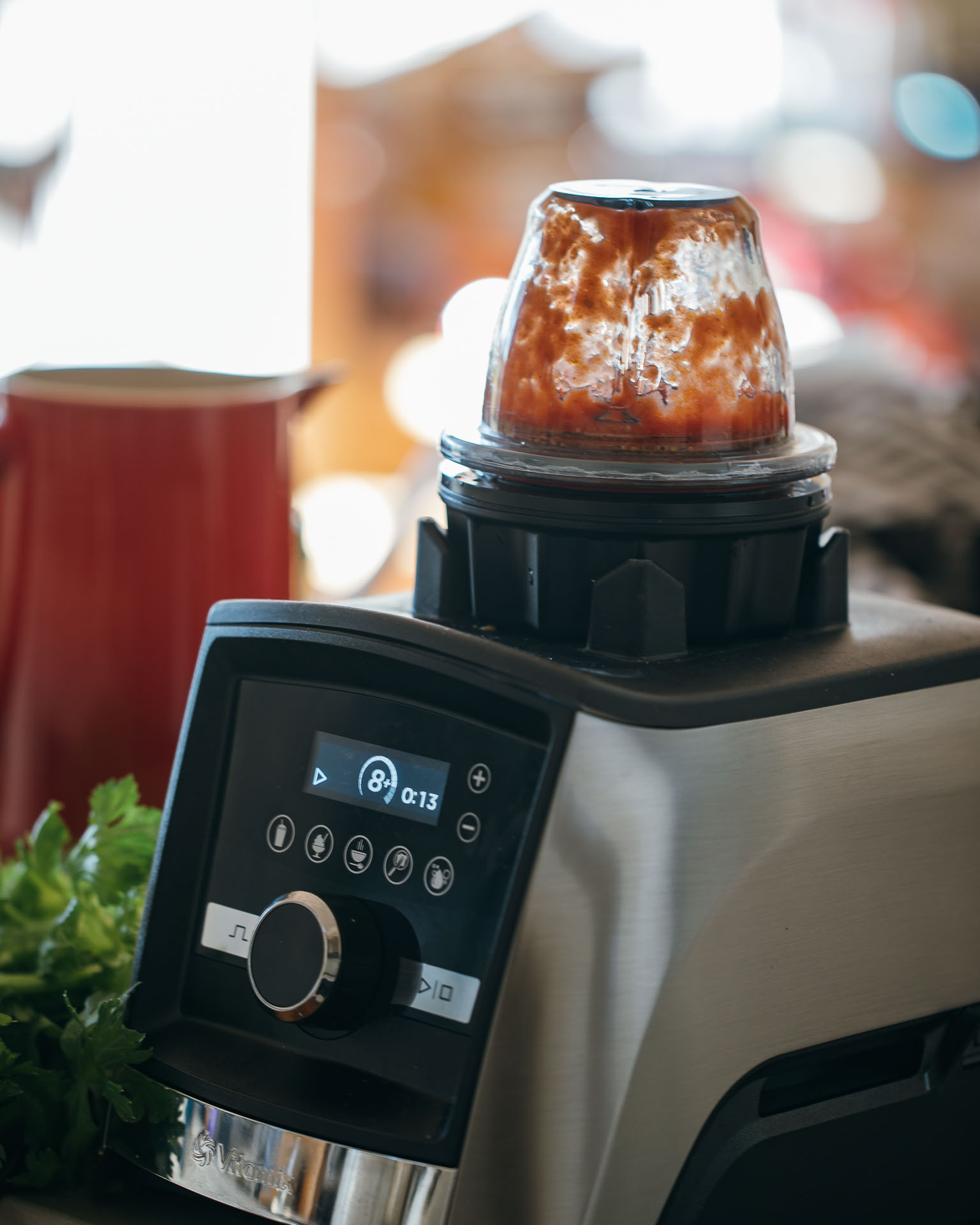