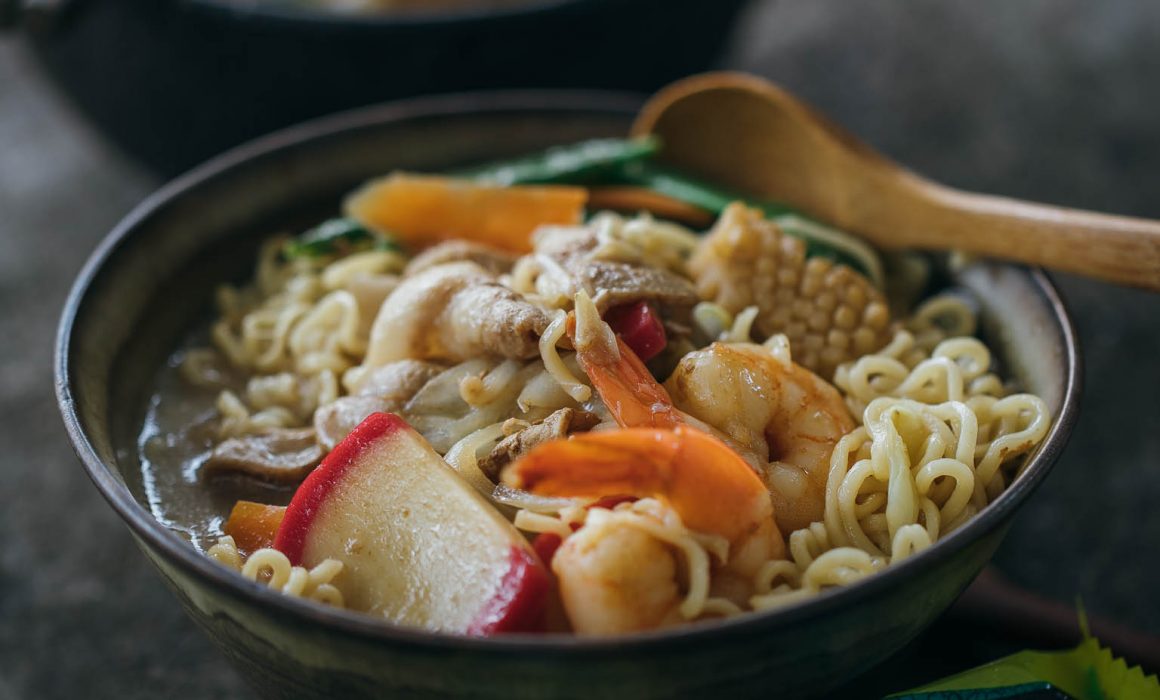 Nagasaki champon is the most famous noodle dish from (obviously) Nagasaki in the south of Japan. When Japan went through its Sakoku isolation period from 1633 to 1853, Nagasaki was one of the only Japanese cities still open to international trade, so its cuisine became very influenced by Chinese food. These noodles are based on the Hokkien styles of noodle soups from Fujian, and the creaminess of the broth is actually achieved by adding milk. This instant noodle version is ready in in just 10 minutes. 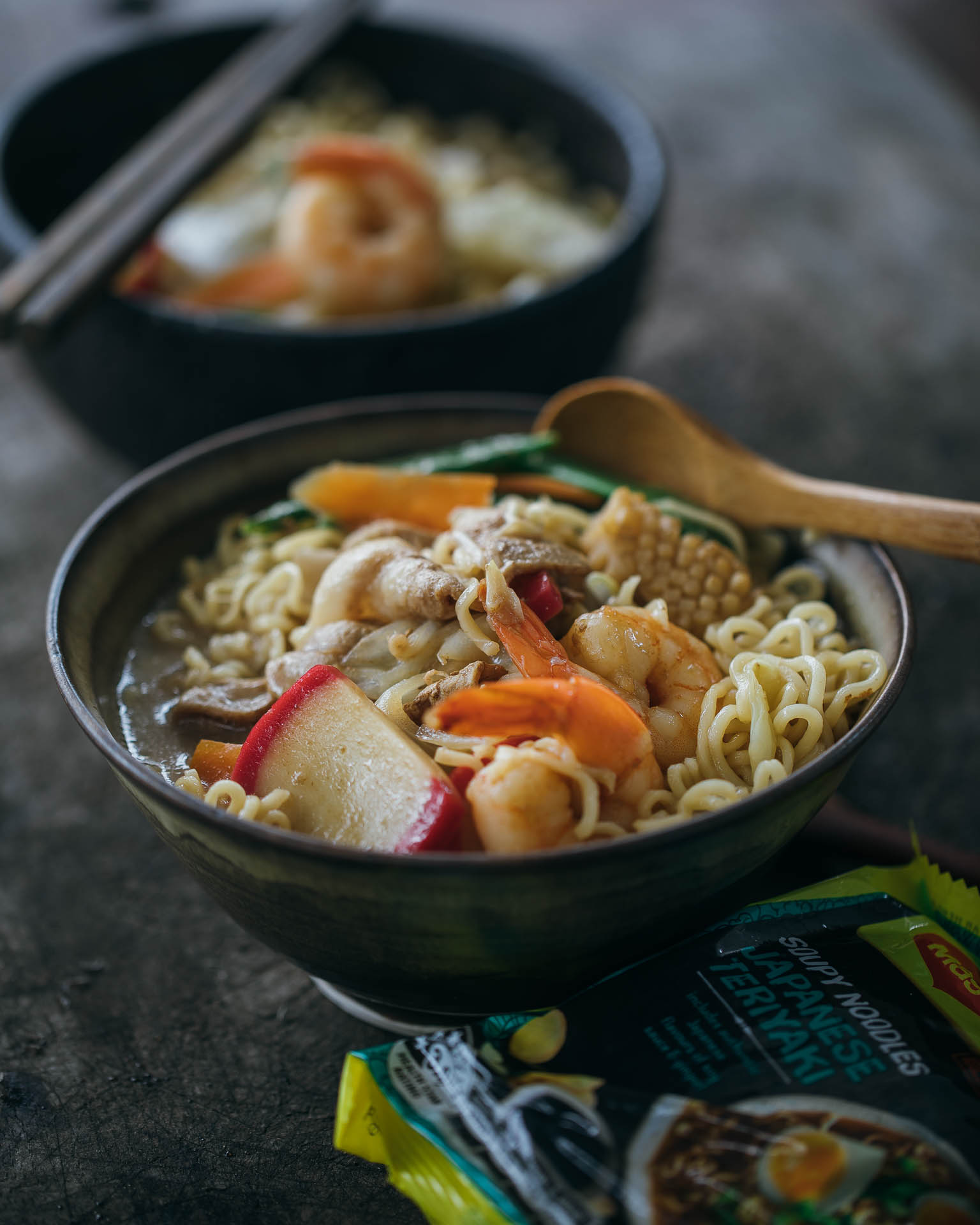 Heat a wok over high heat, add the oil and fry the onion until fragrant. Add the cabbage and carrot and toss for a minute until the cabbage softens slightly. Add the pork, prawns, and fishcake and toss for about 1 minute. Add snow peas and fishcake, 5 cups of boiling water and the flavour sachets from the noodle packets.. Add the noodles and cook for 2 minutes until the noodles are softened, then stir through the milk and beansprouts. Serve immediately.