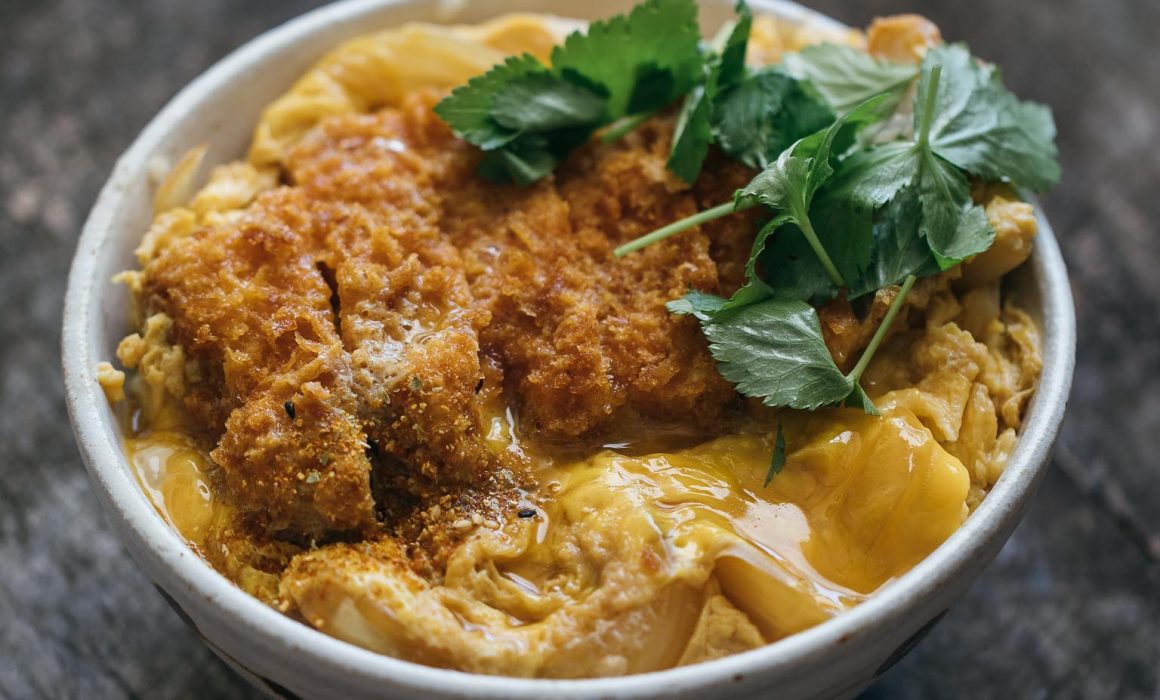 Katsudon is one of the most popular ways of eating katsu in Japan, but it hasn’t quite caught on abroad as much. I think it’s because of the idea of putting a crispy fried thing into a liquid that softens it isn’t often done in Western cooking. The idea, however, is quite common in Japanese cuisine and it is done so that the breading will absorb the flavour of the liquid while softening to a sticky, silky texture.

Make the cheat’s dashi by combining the ingredients together. Of course, you could use actual dashi or any other stock. Mix in the soy sauce, sake and mirin to create your seasoning liquid.

In a frying pan around the same diameter as your serving bowl, combine half the seasoning liquid, 1 tsp of sugar, and half the onion. Simmer until the onion softens, then place the sliced tonkatsu on top. Pour over half of the beaten egg and cover with a lid. Steam for just a minute or two until the egg begins to set.While the tonkatsu is steaming, place half of the rice into your serving bowl and flatten the top, leaving around 3cm at the top of the bowl for the katsu. When the egg is barely set, slide the entire contents of the pan on top of the rice. Garnish with mitsuba and sprinkle over a little shichimi tougarashi to serve.