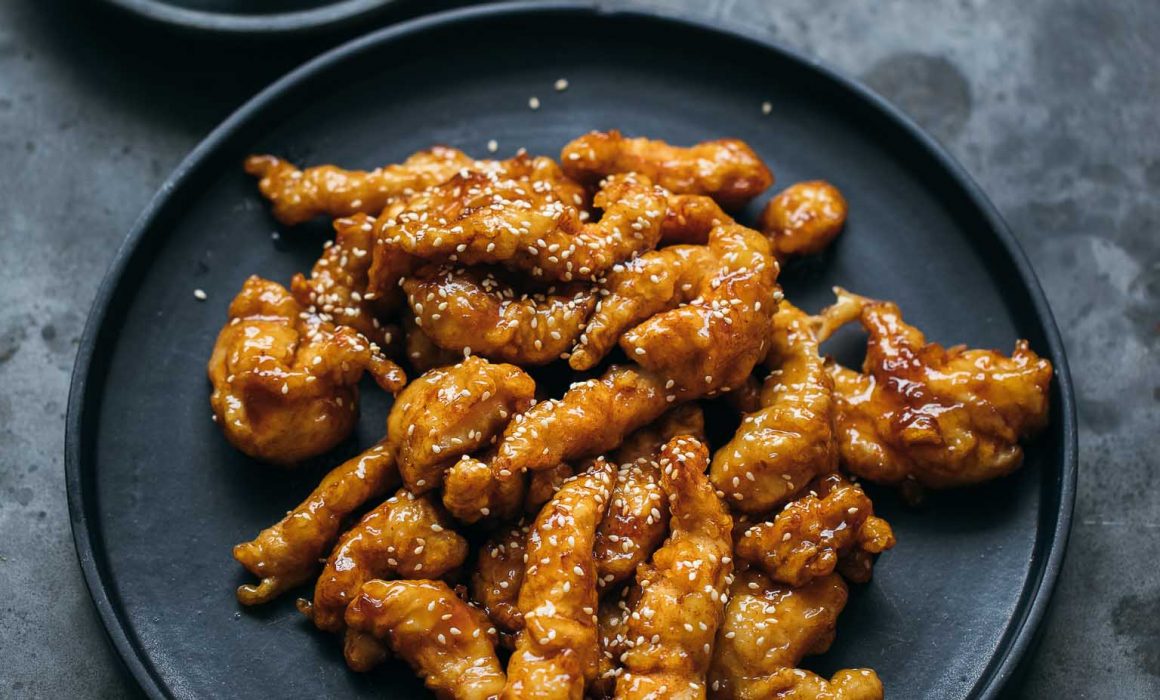 Honey chicken is a classic Australian-Chinese dish. Deep-fried battered chicken tossed through a sweet and savoury sauce made with honey and soy sauce. Kangaroo Island in South Australia is home to the world’s last remaining population of Ligurian bees. They were brought to Australia in the 19th century and since then have become extinct in their native Italy. The Black Summer bushfires threatened to wipe out this unique bee species, but their stocks are recovering. 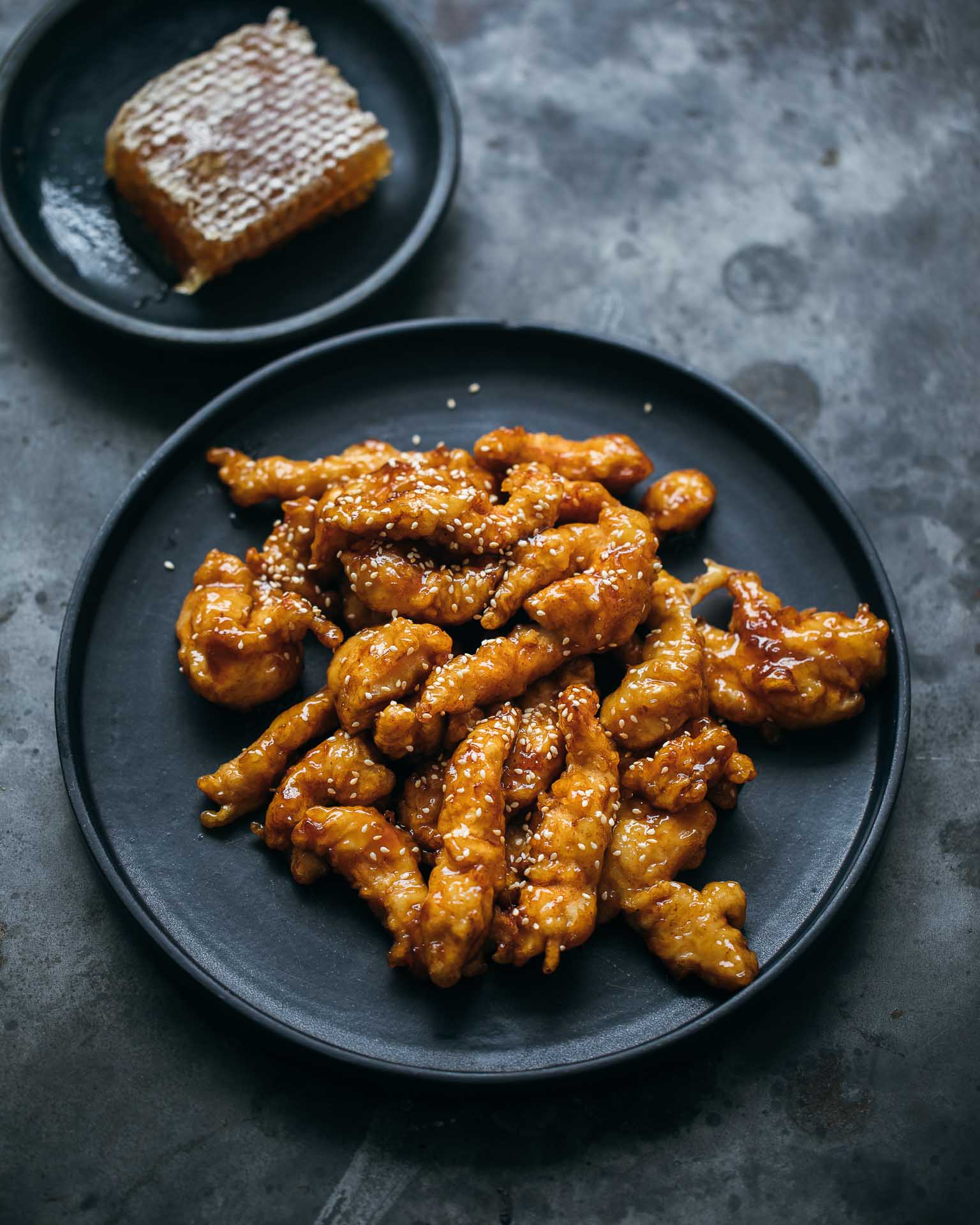 1-2 litres oil for deep-frying, plus extra for wok frying

Heat a wok over high heat and add a touch of oil, then add the honey sauce. Bring to a simmer and simmer for about 2 minutes until thickened. Add the fried chicken and toss to coat in the sauce. Remove to a plate and scatter with sesame seeds to serve.