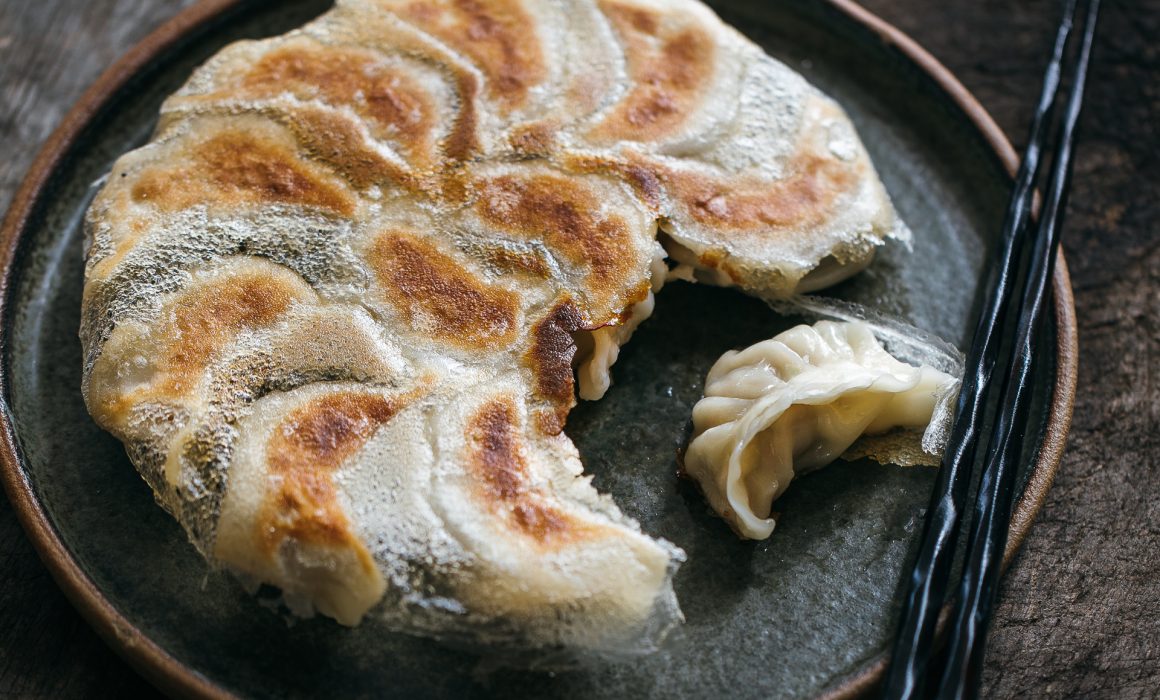 Originally adapted from Chinese jiaozi dumplings, gyoza have become one of Japan’s favourite foods. In fact, jiaozi, gyoza and gow gee are the Mandarin, Japanese and Cantonese pronunciations of the exact same word. The main difference between the Japanese version and its Chinese predecessors is that where the Chinese favour a juicy, springy filling, the emphasis of the Japanese dish is on a fine, crispy skin. This simple gyoza recipe makes about 50 dumplings. 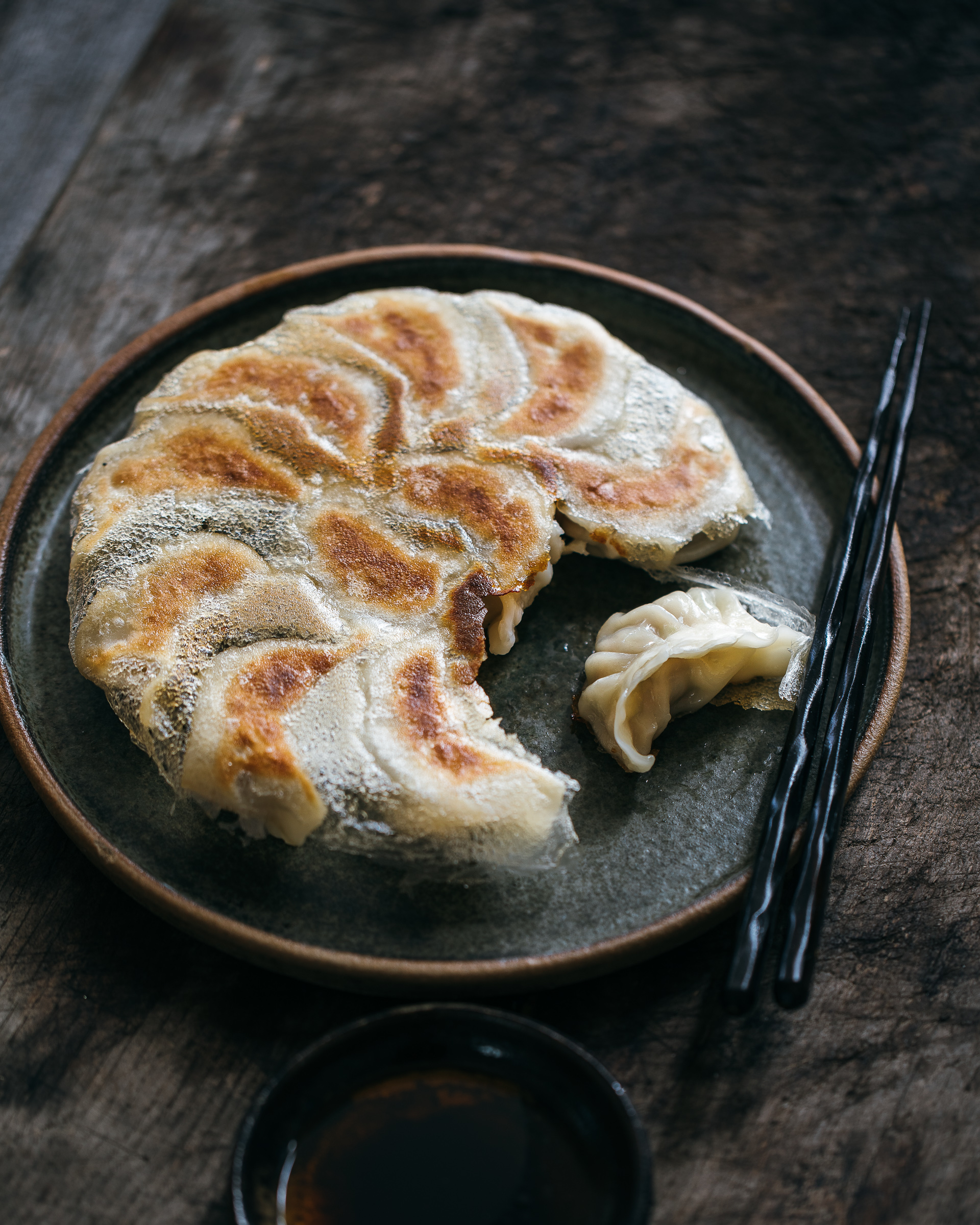 If you don’t want the theatre of making the “skirt” to hold the gyoza in place, you can just fry-steam as many gyoza as you like, using plain water instead of the flour slurry.