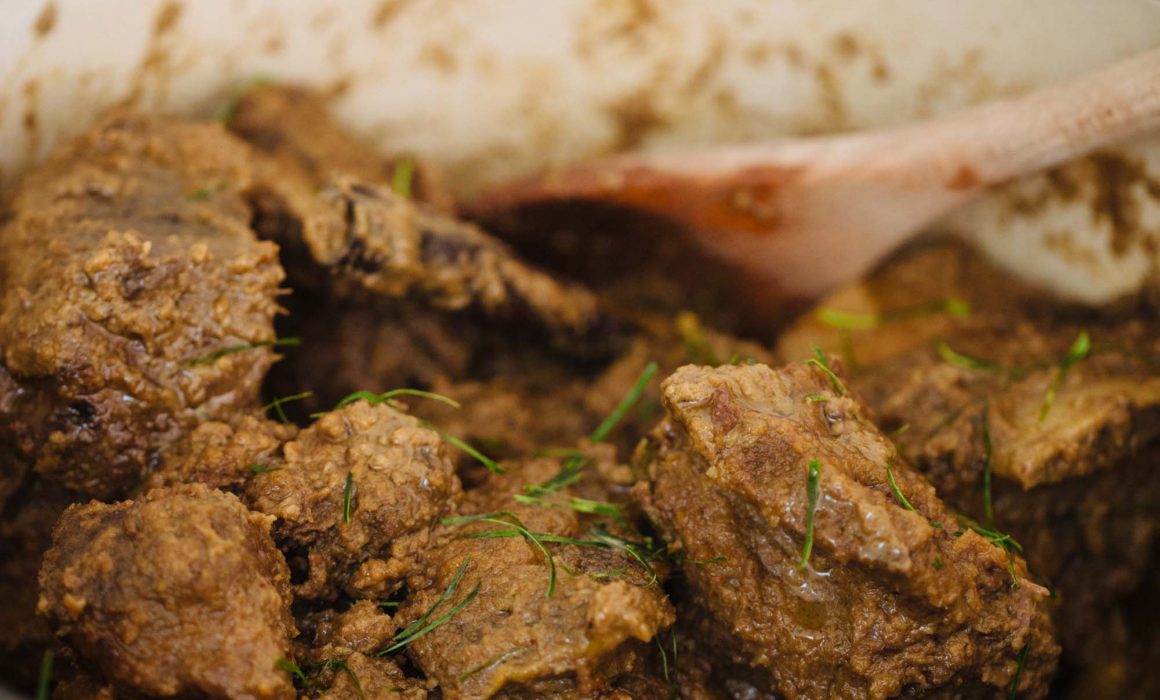 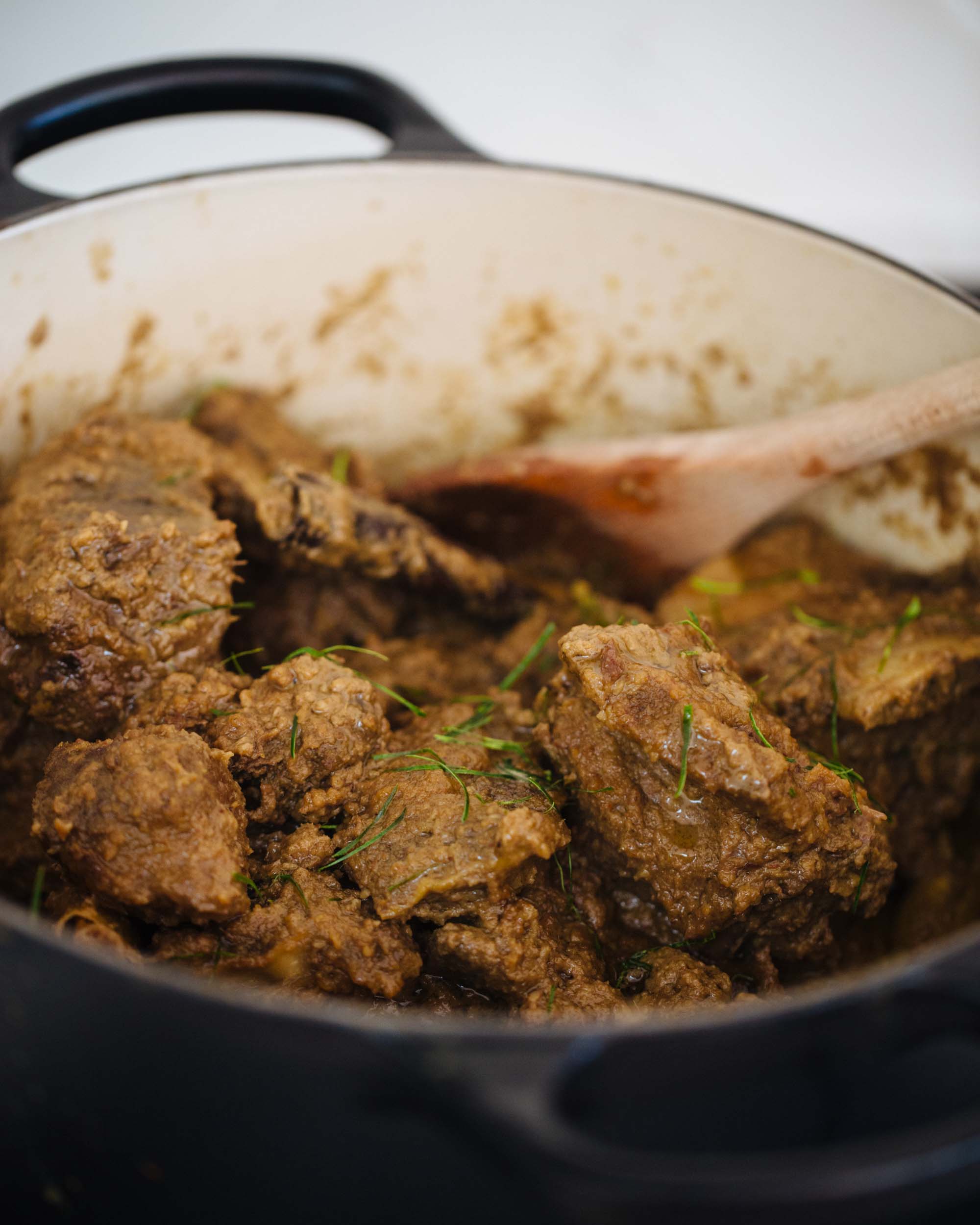 To make a great rendang you need to first understand what a rendang is. It’s a fragrant stew more than a curry, and the aromas of the galangal, ginger and turmeric should be more prominent than the hard spices. Turmeric leaves are more traditional than makrut (kaffir) lime but they are very hard to find in Australia.

Don’t overdo the spices. A rendang should take the fragrances of galangal, turmeric, lemongrass, makrut lime and ginger before being overwhelmed with spices. I put a bit of whole cassia and star anise in mine but I’ve seen recipes that use cumin, coriander etc. There’s nothing wrong with that, but I just don’t think it’s necessary.

Cook everything for a looooong time. Both the rempah and the rendang itself. Like a Spanish soffrito, a rempah takes time to develop flavour. Mine is just blended onion (or shallot), garlic, ginger, galangal, chilli and fresh turmeric. The rendang, too, needs to cook for long enough to crack the coconut cream and reduce down so that beef is essentially frying in the coconut oil.

It’s up to you how wet or dry you want your rendang to be. Some can be as wet as a very thick soup, and others completely dry, almost like jerky. It all depends on how long you reduce the stew for (i.e. how long you cook it uncovered vs. covered), and how long you let if fry in the separated coconut oil.

Rendang needs time to mature. Make it a day or two before you want to eat it if you can.

You can make this with other stewing cuts of beef like chuck, or even with lamb shanks. 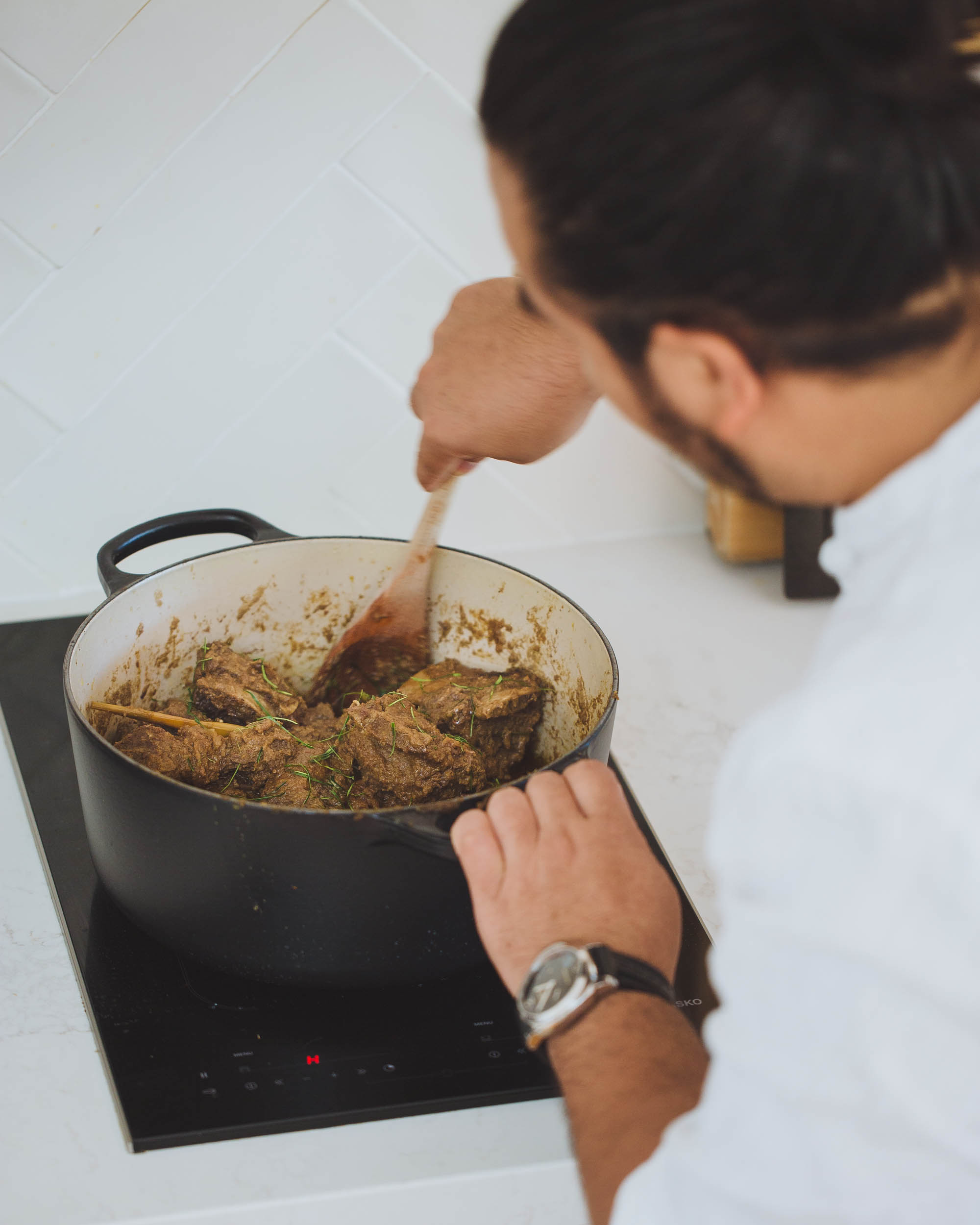