My little brother Ryan moved to Rome about 10 years ago and since then he’s become a great cook of Italian (and specifically Roman) food. This rigatoni alla gricia was the first thing he’s ever made for me, and also the best alla gricia I’ve ever had.

Today’s lunch. Market shopping at Testaccio and then cooking at my little brother’s apartment. Carciofi alla Romana, gamberi aglio, olio e peperoncino, pizza bianca, incredible pomodoro di Pachino, bitter shoots, and the best alla gricia I’ve ever had (courtesy of my brother). He fries the guanciale until it’s rendered and crispy and makes it with rigatoni so that the little crispy bits of pork hide themselves inside the pasta. #labellafigura

It’s refreshing to go a great restaurant where you can have a good old a la carte 3 or 4-course dinner and leave without feeling bloated and punished by a relentless degustation. This chicken wing at Eleven Bridge might have been the best thing I ate all year. 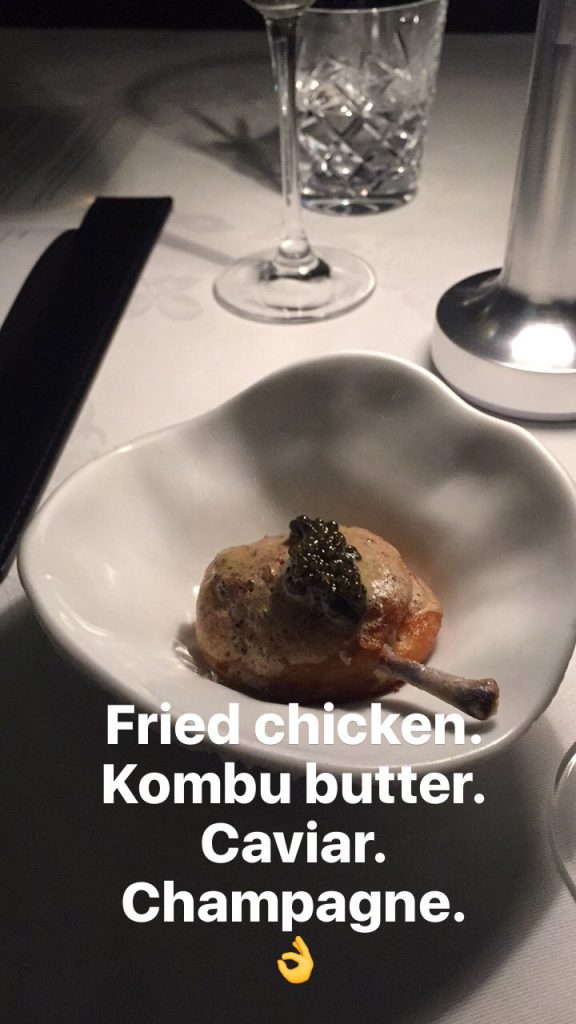 Nora is one of the most underrated restaurants in Australia in my opinion. Truly creative, inspiring high-concept Thai food that is completely different from any other fine dining restaurant I ate at this year.

Definitely one of the most innovative and exciting menus I've eaten lately. NORA is killer. High-concept Thai food, great staff, wow-worthy pairings including everything from natural wine to daiginjo sake to infused Coca-cola, music changes as dishes come out. And the best thing about it is that it's fun. Thanks @nora_melbourne. This dish of papaya, cashew, fermented garlic and school prawns was called "too many Italians and only one asian".

High-end sushi can sometimes get a bit same-y in Tokyo these days, but the roasted botan ebi nigiri at Mekumi in Ishikawa was the best bite of sushi I had all year. It was one of three courses from the same prawn. This picture is actually from Kanesaka in Tokyo because Mekumi doesn’t allow photos. Both have two Michelin stars.

A lot of the etiquette of eating in Japan is way overblown, but with omakase (course) sushi there are 5 things you might want to know. 1. Don’t wear perfume, aftershave, strong deodorants etc. when going out to any restaurant, but especially sushi. 2. Don’t fill your soy sauce dish. Just a small puddle is all you need (see the picture), and at high-end places it’s really more ornamental than anything. The master will generally serve each piece just as it’s meant to be eaten, without needing any further seasoning. 3. The pickled ginger is for cleaning your palate between pieces. Don’t eat it together with the sushi. Feel free to finish it, as the master will just give you more. 4. Tell the master before you start if there’s anything you don’t eat. They’ll adjust the courses accordingly. 5. Drink whatever you like. I generally start with beer (I like beer) before switching to sake, then ending with hot tea. This is the fatty tuna from Kanesaka in Ginza. (2/2)

It’s hard to imagine a better restaurant than Waku Ghin in Singapore’s Marina Bay Sands. That it only received one Michelin star at this year’s was not just silly, but worth an eyebrow raise considering Michelin’s Singapore partner is Sentosa, MBS’ main competitor in the local market. 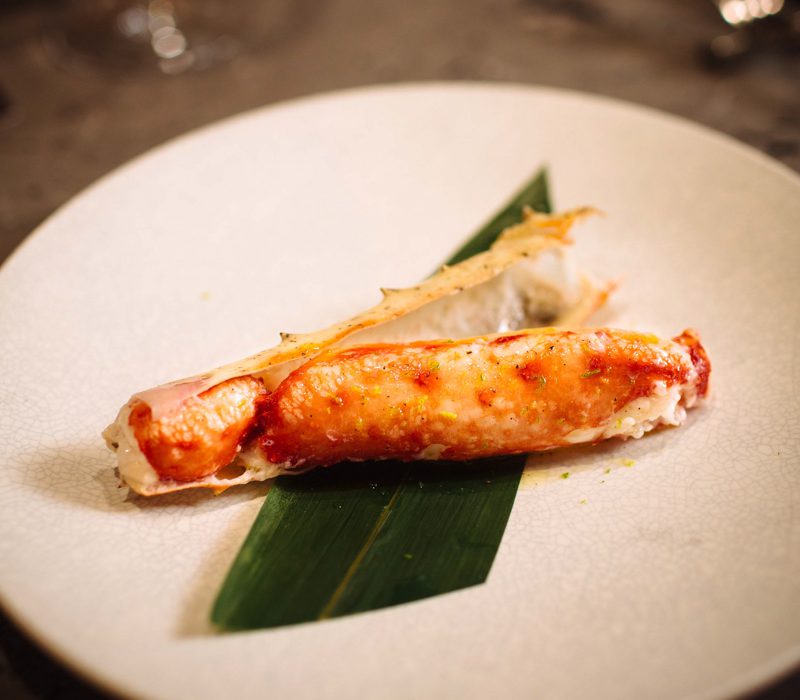 Cavallini is my favourite restaurant in Milan. Sitting out the back in the “garden” is more like being at a (big!) family reunion than a restaurant, and the food is just spectactular. This bistecca was a great hunk of meat but the Tagliolini “Cavallini” with black truffle and anchovy is a knockout.

This little homage to El Bulli was a great little snack from new chef Aitor Orive at Iggy’s. I never got to eat at El Bulli before it closed, but I wish I had. 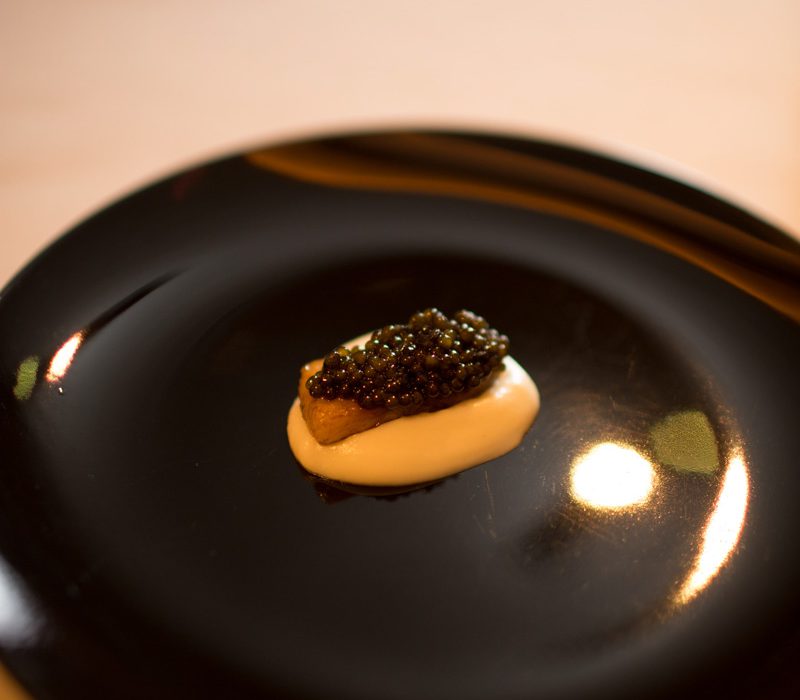 Wantan mee is one of my favourite dishes and although you can order it at Xiang Ji, I think it’s better if you take matters into your own hands and order roast meat noodles (with extra siew yuk) and wantans separately. This is my favourite noodle in Singapore at the moment.

Yee sang is a celebratory dish eaten at Chinese New Year. My uncle put together this giant version for our big family reunion this year. You arrange all the ingredients for the salad separately and then everyone gathers around and tosses it high into the air for good luck. This was the biggest one we’ve ever made.

I’m not going to pretend that Noma Australia was my favourite meal of the year – to be honest, a lot of it wasn’t really to my taste. But it’s still an incredible experience and you have to appreciate the creativity and concept that goes into every mouthful. This abalone schnitzel was pretty great. 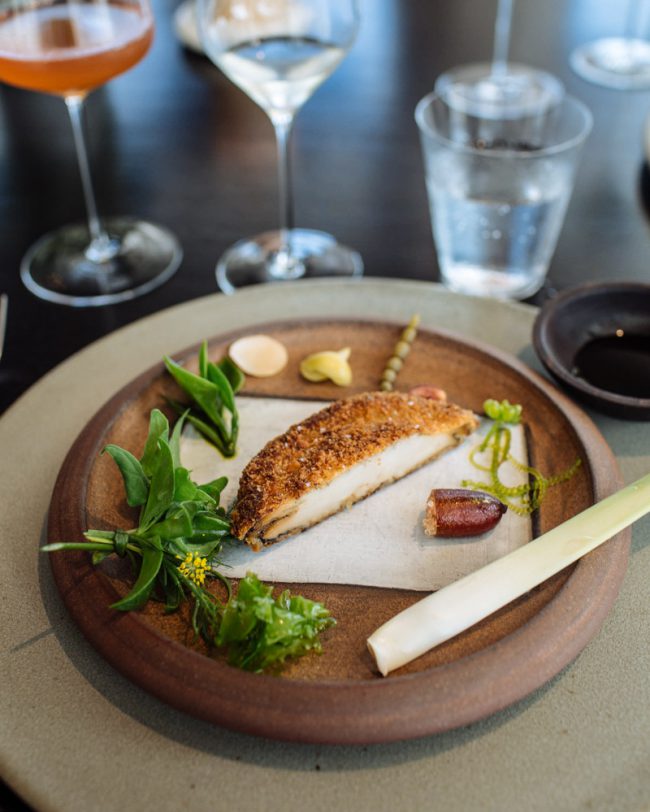 The guys at bush tukka pizzas make portable wood ovens that can be used by Indigenous communities as small businesses serving pizzas made from native ingredients. My son loved this emu margherita.

We made native pizzas. This is my Emu Margherita. Smoked emu with wattleseed and kutjera, bocconcini, tomato and basil. The bush tukka pizza guys are building wood pizza ovens on trailers for young people in indigenous communities to operate as businesses. It's a brilliant initiative.

One of my highlights of the year was visiting Shodoshima Island in Japan’s Seto Inland Sea and teaching a cooking class to the local residents as part of Asialink’s artist residency program during the Setouchi Triennale. Shodoshima is famous for it’s somen, and it’s delicious.

Today's lunch. Touring Shodoshima as part of the Setouchi Triennale for the Fukutake House Asia Art Platform. Shodoshima is known for its somen noodles. Probably because they're delicious.

A lot of people are prediciting that Filipino food will be hitting the big time in 2017. If it does, these are the kind of dishes that are going to help it stick. Simple pinoy-style barbecue chicken with pickles. We ate this same dish about 4 times over two weeks.

These Chinese toffee apples were one of my favourite dishes growing up. The fried apples are tossed in caramel and served hot. You pick up a piece and dip it into cold water to set the toffee and then eat it. We had this at our big family Christmas in Beijing, at the same restaurant we’ve been going to for more than 20 years. I’ve included this in the list because of the overwhelming nostalgia. 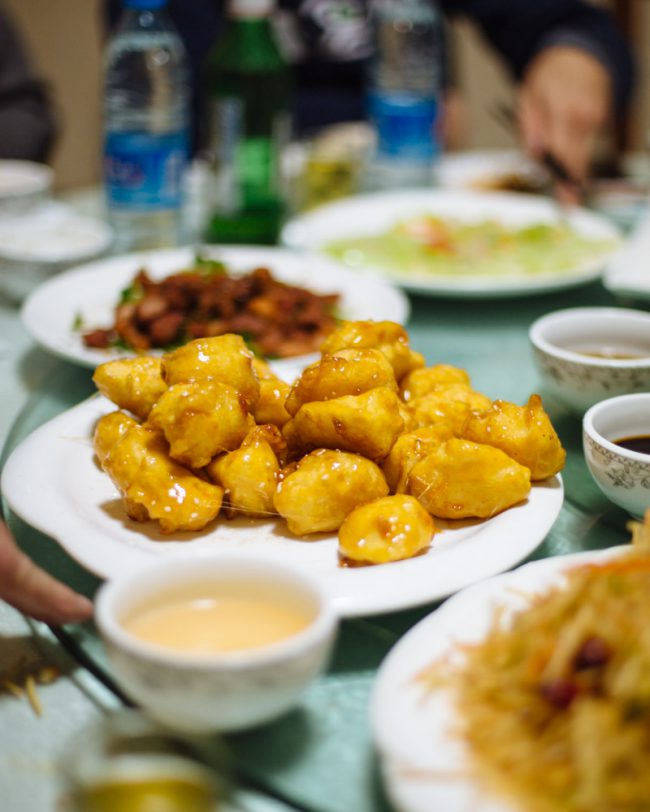 Away from the kids and with a rare day off in Rome I popped into one of my favourite trats and spent a long afternoon eating slowly, alone save for a few glasses of wine and a newspaper for company. It was heaven.

Today's lunch. Antipasti and prosciutti from Roscioli followed by their famous cacio e pepe. Yes, this was for one. #iregretnothing

As part of my job I get to eat at a lot of great restaurants around the world and the one thing that I often find disappointing is when you sit down to a meal and it barely speaks of the chef or the country you’re in. A lot of modern, high-end restaurants just seem to copy the style and technique of their peers with very little individuality. This isn’t the case at Esaki, where the centrepiece of a (very affordable) three Michelin-starred meal is a simple simmered whole fish. It’s more like getting a meal from your mum than from a chef at the very top of the global game (in a good way).

Esaki might be the most unaffected three-Michelin starred restaurant in the world. While most other top restaurants are at best keeping one eye what their peers are doing (and at worst, becoming derivative of them) you get the feeling that Esaki considers his peer as the udon place down the street rather than the guy on-stage in the big group media photo at a restaurant awards ceremony. There are no flowery explanations of origins, or complicated directions of "how best to enjoy” an otherwise inscrutable dish. There are no popular Nordic influences or throwbacks to childhood memories. The beer list contains 4 beers you can get at any convenience store and there are no matching wines with the courses. I used to come here often for lunch a long time ago (way before Michelin), but haven’t been back for maybe 8 years until last night. I’m happy to report that it’s exactly the same. Getting a reservation now isn’t the easiest thing in the world (especially if you live overseas), but if you can it's still a fantastic, completely Japanese, modern dining experience that is closer to actual home cooking than it is a fancy take on home cooking. And it's the same price it was before all the accolades, too (around $150 a head for 8 courses). I LOVED the simmered kinmedai (alfonsino) with burdock and tofu (pictured), followed by the rice, soup and pickles. The rice was mixed with tiny baby sardines and mountain ash, the soup was with balls of tofu and chicken and the pickles a mixture of beets, daikon, cucumber and torch ginger. That simple course was probably the best thing I’ve eaten all year.